Cupcakes are an important part of life!! 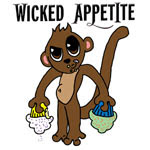 I talked with bestselling writer Janet Evanovich recently about her fun mysteries and the newest (and a new series!) called "Wicked Appetites".

I know so many people who read every single Janet Evanovich novel that comes out. Including a teacher friend of mine who I recently loaned "Wicked Appetite" to. She left a post-it note on the book that said

"Great fun! Certainly it is just as healthy to laugh out loud at a silly book as it is to do yoga!"

She's talking about this new novel that features cupcake baker Lizzy Tucker. I asked Janet about cupcakes and she said:

"Cupcakes are an important part of life! Cupcakes are happy! I'm in favor of cupcakes everywhere!"

She also talked about how the setting of Salem, Massachusetts plays on the history of witches. She said she was inspired by the old tv show "Bewitched" and Aunt Clara - the witch who couldn't quite get anything right.

"This is probably my favorite book of all of the books that I've written. I love the Plum books but there's something about this book that just...I had so much freedom because of the nature and I had so much fun with Shirley because I could put this kind of strange spell on her and just have a lot of fun. "

She's talking about the spell where Shirley speaks oddly. Here's a little excerpt (from P. 84 of "Wicked Appetite" by Janet Evanovich) :

Shirley had finished the turkey leg and was working her way through the Snickers bars.

"You inherited a key" I said to her.

I took another look at the key ring. There were three keys and a ladybug charm on the ring.

I removed the ladybug from the ring and held it in my hand. It vibrated slightly and grew warm.

Shirley pointed to the photo on the end table. "Twinkies," she said. And she counted off on three fingers, "Huey, Dewey, Louie."

"I don't get what she's trying to tell us" said Diesel.


Tune in for my conversation with Janet Evanovich, or check the Realgoodwords archive.
Posted by Heidi Holtan at 4:28 PM 2 comments: 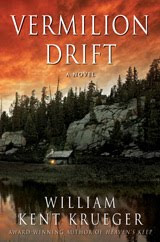 This time William Kent Krueger's beloved character Cork O'Connor finds himself in the middle of a cold case that involves a serial killer. Cork stumbles upon six bodies in an unknown area of a mine called the Vermilion Drift. Krueger ended up doing a lot of research into the mines of the Iron Range of Minnesota and had this to say:

"I came away with this incredible admiration and respect for the men who spent their lives in near dark resting iron from the earth so that they could support their families - what they had to do to accomplish that just amazed me."

William Kent Krueger has had great success with his Cork O'Connor mysteries but this one, Vermilion Drift, is the first that has made the New York Times Bestseller list. Congrats Kent!

He'll be in Northern Minnesota on Saturday November 6 at the Village Bookstore in Grand Rapids, Howard Street Books in Hibbing at 1pm and at Woodward's in Virginia at 3pm. On Sunday November 7th he'll be at Bookin' It bookstore in Little Falls.

Tune in for our conversation on Realgoodwords. You can hear it live, audio streaming on Wednesday evenings from 6-7, Sunday mornings from 9-10 and archived online here.
Posted by Heidi Holtan at 4:04 PM No comments:

Tonight on Realgoodwords you can hear a conversation I had with photographer Aaron Hautala and writer Michael Nordskog about their new book published by U of MN Press "The Opposite of Cold: The Northwoods Finnish Sauna Tradition". Check out this video for more information!!

Posted by Heidi Holtan at 1:17 PM No comments:

A sneak peek into a small town, independent bookstore 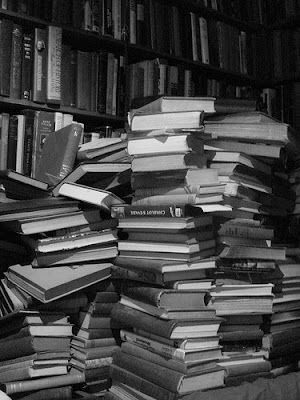 This week Mike McGinnis and Meade Davis stop by from The Village Bookstore in Grand Rapids. They are the father/daughter team that will soon be celebrating 30 years of the bookstore (under their family's ownership) . They'll talk about how bookstores and the business have changed over the years, how it is to work with family and even give us an idea of what they are currently reading.

I also found out an interesting quirk about the two of them: they ALWAYS finish a book. I mean ALWAYS.

I was impressed. I myself don't.

How about you? It's an important question - almost as important as "do you dance to remember or dance to forget"....

The Village Bookstore will celebrate 30 years on Saturday October 23rd with 30% off of everything in the store.
Posted by Heidi Holtan at 2:50 PM No comments: 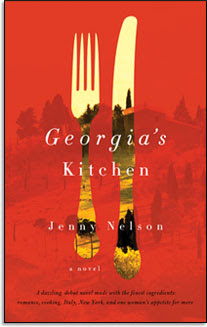 This week Jenny Nelson and Danielle Evans join me to talk about their debut works.

Jenny Nelson's novel is called "Georgia's Kitchen" and it's the kind of book I really like. It involves food and by outward appearances it seems "lighter". It's not a throw away book that some might call "chick-lit". Jenny Nelson is deceptive in her writing - she entertains us but in the end there is more to it.

"Georgia's Kitchen" is the story of chef Georgia in New York. She's at the cusp of a great review at her restaurant - only to find out that she's been sacked because of something she didn't do. She also gets sacked by her fiancee. So what's a girl to do? Find a new opportunity in Italy at a new restaurant starting up in Tuscany. In the meantime, Georgia takes the time to figure out what she actually wants out of her life, apart from a dictatorial restaurant owner or romantic partner.

Danielle Evans is a short story writer who Ron Charles of The Washington Post described like this: "I hope Danielle Evans is a very nice person because that might be her only defense against other writers' seething envy". She's already been chosen by Salman Rushdie for the Best American Short Stories 2008 and by Richard Russo for the Best American Short Stories of 2010. Her work is described as being "a bold perspective on the experience of being young and African American in modern-day America. Here's info on a couple of the stories included in "Before You Suffocate Your Own Fool Self".

"Harvest" This is the story of a college student's unexpected pregnancy in the midst of other, white classmates who making extra money selling their eggs to fertility clinics. In the story "Snakes" two cousins are sent to live with their grandmother in the summertime. One is part African-American and is treated very differently than the other one. Unexpected things happen - both then and later in the cousins' lives.

Tune in tonight from 6-7pm for Realgoodwords or Sunday morning from 9-10. Later this week you can find the interviews archived here.

Posted by Heidi Holtan at 11:59 AM No comments: