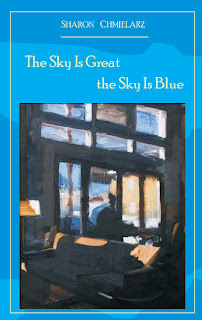 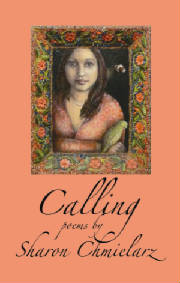 "These are astonishing poems.  Like Szymborska's, the poems are spare, often subversive, both dark and hopeful; a conscience is at work in them.  like Dickinson's, they breathe."

In my conversation with Sharon she talked about what it is like to get her poetry out into the world, "When I send off a submission like when you're sending off to magazines, I always wish my envelopes good luck (and the poems too!) because they're traveling over the mail and they're going into this office where I would be very nervous to go by myself - and they face this terrible judgment on the other end.  YES or NO.  Go to the right, or left...."

Sharon is one of the many writers that I get to talk to for Realgoodwords on KAXE.  Also featured this week is the legendary performer Andy Williams who will be part of this year's Judy Garland festival in Grand Rapids.  Andy's memoir is "Moon River and Me".  Where else but KAXE will you get such diverse programming - people getting the chance to tell their stories.  How do we do it, week after week?  We do it because people listen and people support this community radio station.  If you aren't a member, I hope you'll consider it today.  218-326-1234 or 800-662-5799.
Posted by Heidi Holtan at 2:37 PM No comments: 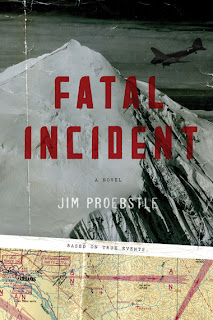 Heard that phrase before?  Want to take it on as your own?  Me too.

In some ways, Fish or Cut Bait describes this week's Realgoodwords where I talk with authors Ellen Airgood and Jim Proebstle.  Proebstle is a northern Minnesota summer resident who has published a novel based on true events "Fatal Incident".  He tells us the true life story and fictionalizes the reasonings and endings that were never uncovered before.  In 1944 there was a crash in Alaska's Mount McKinley range that killed 20 people.  The pilot, Nick, is a pilot for the Army's ATC in Alaska.  In real life, the bodies and the documents surrounding this crash were never found.  It's fascinating because Alaska was a strategic defense position against Japan as well as a lend-lease exchange location for Soviet pilots in support of Russia's war with Germany.  Mix in a possibility of a plot to steal the U.S's top secret atomic bomb designs and you have what William Kent Krueger calls "a hell of a good read".  Fish or Cut Bait here is the fortitude of the brothers who are pilots in the book, as well as the central love story that is woven throughout between Nick and Martha.  Jim Proebstle will be at the Village Bookstore in Grand Rapids on Saturday June 18th from 11-2.

Ellen Airgood of Grand Marais, Michigan has just published her debut novel "South of Superior".  It's based loosely on the town where she lives.  I asked Ellen to tell me more about why she settled in Michigan's U.P.

"I came here camping with my sister in the national park near by and on a rainy day we drove into Grand Marais rather than hike.  We ate lunch and I picked out what I thought was the quaintest place to eat and I ended up marrying the cook and I've been here ever since.  I married him six months after I met him which was very crazy but twenty years later here we are and we've made a very good life together here.

But there have been a lot of challenges in so many different ways and you will find that anywhere in life I think but I just happened to find it here.  I decided at some point along time ago to fish or cut bait and to pay attention to what I had.  I found it to be really wonderful.  But I did fall abruptly in love with the place and the person and really could tear myself away.  And even in the hardest of tiems I never ever wanted to leave here.  There's something about it that's magical as well as being very real and very difficult."

Fish or Cut Bait.  I admire it in life and I admire it in my reading.  Tune in to KAXE this week for my conversations with Jim Proebstle and Ellen Airgood.  Or check the audio archives of Realgoodwords.
Posted by Heidi Holtan at 4:39 PM No comments: