Final week of the Fall Fundraiser at KAXE!

It's the Northern Observer Fall Fundraiser at KAXE and what better way to observe the world than to read? On this week's episode you'll get to hear the conversation that John Bauer and I had with Vicky Myron about her life as a librarian with a library cat. Her book is "Dewey: The Small-Town Library Cat That Touched the World". We've got copies available if you pledge your support to KAXE at $10/month - $120/year or above. You'll get "Dewey" along with your regular thank you gift of a KAXE totebag or t-shirt.

What are you reading lately? In honor of Dewey Readmore Books the library cat - here's what I'm reading:

"The Book Thief" by Markus Zusak (for the KAXE bookclub discussion on 11/11/08 at 5:30pm)
"Sugar Plum Ballerinas - Plum Fantastic" by Whoopi Goldberg (I'll be talking with Whoopi later today!)
"The Windows of Brimnes: An American in Iceland" by Bill Holm
"The Sharper Your Knife, The Less You Cry" by Kathleen Flinn

It's the fall fundraiser.... tune in tonight from 6-7 - Dan Houg (our own Grease Monkey) joins me to talk with author Greg Melville about his book, "Greasy Rider: Two Dudes, One Fast-Food-Fueled Car, and a Cross-Country Search to a Greener Future". It's the Northern Observer Fall Fundraiser at KAXE - if you pledge your support to KAXE - an independent public radio station that brings you thoughtful, in-depth interviews - at our $10/month, $120/year - you can get a copy of Greg Melville's book as an EXTRA thank-you gift. Call us 218-326-1234/800-662-5799 or pledge online.
Posted by Heidi Holtan at 8:08 AM No comments:

I never meant to be a cat lady 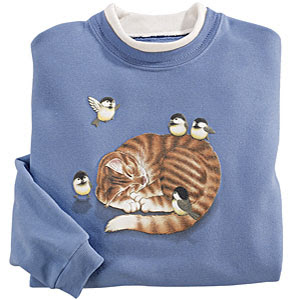 I had a bad dream once - of appliqued kitty-cat sweatshirts with built-in polo shirts - little children in shopping malls saying, "Look at the crazy cat lady with her bag of books mommy!". And they were pointing at ME.

And then I went and fell in love with a fella who likes kitties. After I filled my allergy prescription, I started to like the furry little friends. Especially Sweetie - she's much friendlier than Jasper. And her purr is really loud.

But just because I like our cats at home, I didn't want to be someone who collected cat figurines or calendars or posters from Scholastic books with cats hanging off the chair and "hang in there" typed below. 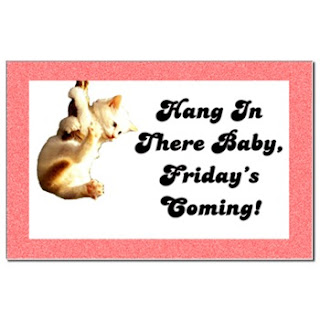 And then a book came across my desk about a cat named Dewey ReadMore Books. I mean c'mon! What are they trying to do to me?

Dewey Readmore Books was the resident cat at Spencer Public Library. He was put in the book return one cold January night in 1988. When the staff found him the next morning, they decided to adopt him. After the library's board of trustees and the city council approved, the kitten was declawed, neutered, and given the proper vaccinations. A contest w 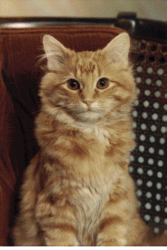 as held to pick a name, and Dewey Readmore Books was officially added to the staff. The staff cared for Dewey and donated their pop cans to feed the kitty. Patrons and friends from as far away as New York have donated money for Dewey's food.

Librarian Vicki Myron has published the story of Dewey, called, "Dewey - The Small-Town Library Cat Who Touched the World"... I'll be talking with Vicki on an upcoming edition of Realgoodwords. Stay tuned.

And PLEASE Mom! No funny kitty-cat figurines or sweatshirts.
Posted by Heidi Holtan at 7:40 PM 5 comments: 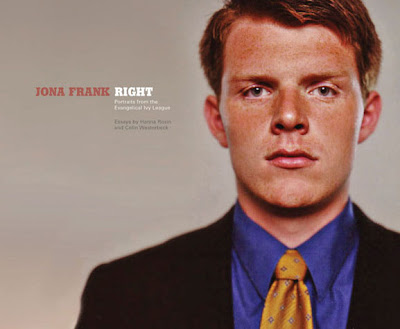 On this week's episode of Realgoodwords I talk with Kathleen Norris about the monastic traditions and Christianity in her life and in the contemplative world and I also tackle religion in a different sense. Documentary filmmaker and photograper Jona Frank joins me. She's just published a new book called "Right: Portraits from the Evangelical Ivy League". The Evangelical Ivy League is Patrick Henry College in Virginia

Published by Chronicle, this is the description from the publisher:

Right -- Patrick Henry College is the higher education institution of choice among politically far-right young people aspiring to enter the conservative power elite. The explicit mission of PHC is to cultivate leaders to take American politics and culture back to God, through careers in politics and entertainment. Acclaimed photographer Jona Frank presents an honest, intimate, and eye-opening portrait of the school and its students. Frank's photos eschew cultural politicking of the left or the right, allowing readers to draw their own conclusions about a school and a youth movement with the potential to produce many of tomorrow's leaders.

Jona Frank's photographs are in the permanent collection of the Getty and SFMOMA, among others.
Posted by Heidi Holtan at 6:20 AM 2 comments: 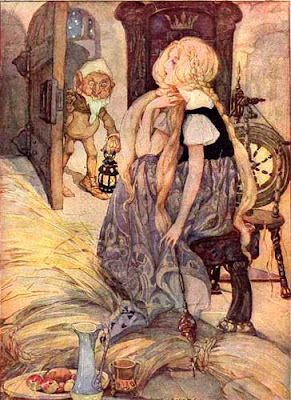 Remember those words I don't know? The list continues.

Sure I'd heard Rumplestiltskin before... but I couldn't remember if it was the story about the giant and large green stalk or a girl who let her hair down or maybe it's that story of the gnome on stilts.

Why am I thinking about Rumpelstiltskin? (if I had a nickel for everytime I asked myself that one!)

Here's the thing: in myrecent conversation with author Kathleen Norris she mentioned Rumpelstiltskin.

She talked about first finding out what the term acedia meant... she said that "just knowing the name of something gives you power over it....like Rumplestiltskin."

To myself I said, "what does the girl with the long hair in the tower have to do with the word I only recently learned, acedia?"

Turns out Rumplestiltskin is a Grimm little story about a girl weaving gold and a little gnome or manikin (a what?) who makes her promise to give up her first born child. When the mean manikin offers her a plea bargain of finding out HIS name in 3 days time, hilarity en 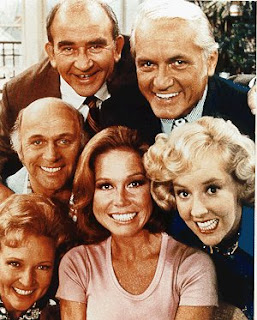 sues. Maybe I'm getting that mixed up with an episode of the Mary Tyler Moore show...

But anyway, Kathleen Norris was getting at the idea that if we know our problem, if we can name something, we can deal with it.

In our conversation, Kathleen and I talked about Merton's quote, "It takes real courage to recognize that we ourselves are the cause of our own unhappiness." For Kathleen, realizing that having acedia - or finding oneself in a state of not caring or being unable to care - is as destructive as pride and anger. She described acedia like this:

"spiraling thoughts - one following right after the other of boredom and restlessness and irritation and fear of the future. Depression and acedia share some of the same symptoms, but are different.... Back in the 4th century the monk Evagrius said that none of us can control whether the thoughts come to us - but we might be able to exercise over how we respond to them. "

Kathleen Norris' new book is "Acedia and Me: A Marriage, Monks and A Writer's Life". Tune in for my conversation this week - or check the archives!
Posted by Heidi Holtan at 10:15 PM No comments: 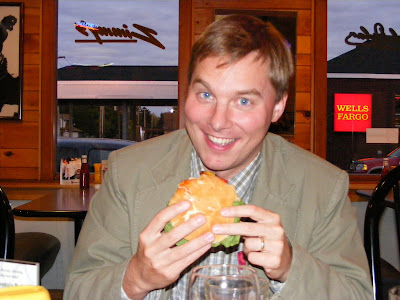 That's the hard hitting question I'm asking this week on Realgoodwords. The answer is YES, Aaron Brown is definitely overburdened. But in a good way, really. (I'm not talking about his many jobs, his many sons or his lovely money-savin' wife.)

Aaron is probably no stranger to you - he's a frequent contributor to KAXE; especially to that other show I do, Between You and Me.

Aaron's a different kind of guy.
A) He's young and
B) he lives on the Iron Range.

And he's SUPREMELY interested in what exactly the Iron Range was, what it is and what it will be....

He's just published his first book called "Overburden: Modern Life on the Iron Range" published by Red Step Press. Aaron has a knack for unpacking history with a modern, slightly sardonic twist. I guess I mean to say he's serious about his work and his beloved homeland, but he's not so serious about himself.

I'm not an Iron Ranger, let me be up front about that. I came from the land of non-flouridated water. In fact, overburden had to be explained to me...

Overburden are those giant piles made from digging those giant holes in the earth that were mined. They consist of mineral waste products and have the dual distinction of being both industrially ugly and starkly beautiful. Overburden is also putting too much stress on something or someone.

Overburden, as Aaron puts it, is really the story of the Iron Range:

"Our entire existence is tied to the past - tied to those big piles of overburden on the edges of all of our towns - the area is in modern terms only 100 years old - so it's 100 years of earth piled up by our ancestors.

Anyone who grew up on the Iron Range in the 1980's knew it was only a matter of time before the whole thing shut down. Kind of 'last one out turn out the lights'. It was assumed that you were going to leave if you could. If you had any kind of talent - in anything - it was expected that you take that talent someplace else."

And yet Aaron wanted to not only stay put, but dig in deeper into those piles of earth, and understand those that had come before him, and those that will go after him.

Tune in for our conversation this week. Aaron will also be co-hosting Between You and Me on Saturday October 18th from 10-noon - we'll be talking about what the Iron Range means to you.

Congratulations to Aaron on the publication of his first book! Check out his upcoming appearances: