The 2011 MN Book Awards are coming up on Saturday April 16th at the Crown Plaza Hotel in Downtown St. Paul.

Minnesota is a state that I'm proud to live in for many reasons - least of which is it's dedication to literature and books. Minnesota has many great independent publishers and one our greatest resources is its writers. Many of this year's nominees were guests this year on Realgoodwords and other KAXE programming.

During the month of March you can still vote for your favorite in the Minnesota Reader's Choice award here.

This week I feature my conversations with William Kent Krueger and David Housewright. They are both up for the award in the genre fiction category.

You can listen to the interviews I and other KAXE staff did with all of the authors I interviewed who are nominated for a MN Book Award this year:

-Bonnie Rough and "The Carrier"
-Laurie Hertzel and "News to Me: Adventures of An Accidental Journalist"
-Chris Niskanen and Doug Ohman's "Prairie, Lake, Forest: Minnesota's State Parks" (you can hear the 2 hour Between You and Me on State Parks that includes an interview/conve 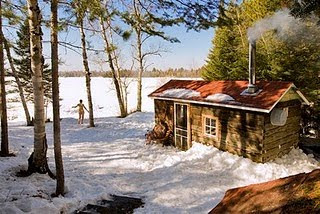 rsation with Doug Ohman)
-Jay Weiner and "This is Not Florida: How Al Franken Won the MN Recount" (listen to Scott Hall's interview on the ampers.org site here)
-Michael Nordskog & Aaron Hautala's "Opposite of Cold: The Northwoods Finnish Sauna Tradition" You can see Aaron's essay and photos on the KAXE blog here....
-Anton Treur's "The Assassination of Hole-In-The-Day"

Posted by Heidi Holtan at 1:41 PM No comments:

"I never go anywhere without a book to read" 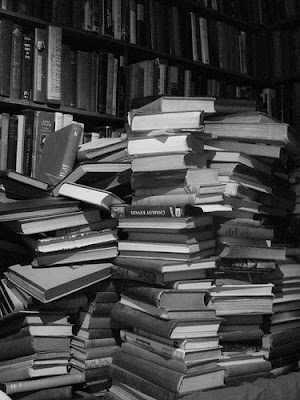 That's what author Eleanor Brown told me. "Just in case you get stuck" she said. I can totally understand that, I'm always the one lugging around a couple of books with me, just in case.

That's the case with her book-loving main characters in "The Weird Sisters" her debut novel. Publisher's Weekly said "…bright, literate debut…a punchy delight…” You can hear our conversation here. She's my guest this week along with contemporary authors Jodi Picoult and Linda Francis Lee.

Jodi Picoult is the International bestselling author who has a new novel out called "Sing Me Home". It was great to talk with her about how the "Sing Me Home" had personal meaning to her. It's the story of Zoe, a woman who finds herself infertile and divorced and falling in love with someone she didn't expect. Liste to Jodi Picoult on KAXE here.

Also on this week's show is Linda Francis Lee and her new novel "Emily and Einstein - A Novel of Second Chances". It's a fun story that surprises the reader into believing a husband can become a dog and that even if you don't have a talking dog, life can be magical. Laura Francis Lee talks with Heidi here.

Do you make sure you have a book wherever you go? Or maybe that's a kindle nowadays? You can always hear conversations about books on Realgoodwords on KAXE - Wednesdays at 6pm and Sundays at 9am.

Are We Allowed to Fail? 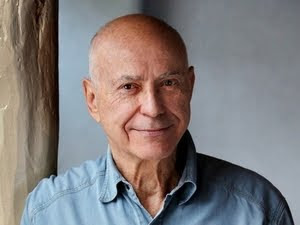 Actor and writer Alan Arkin doesn't think so. I had the chance to talk to him this week about his new book "An Improvised Life: A Memoir". I asked him about being a founding member of Second City in Chicago. He had this to say: